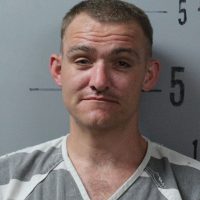 He was a very dignified, handsome gentleman and had that same culture that Norman had. Anthony Gholson came to this country from Virginia, settled at Steubenville, and gave the Baptists a church there and a burying ground. His bones rest there and Norman and I called up his spirit to tell us all these things you wanted to know, but he slept on and the grass waved gently over his grave, "which is not marked.

We met a gentleman who had helped to tear down the old Gholson Church. Anthony Gholson had a great many Negroes and seemed to be rich, though Norman says that he was disinherited. John was Ma's grand- father, his daughter, Anna Gholson, being Ma's mother. She married Mr. Hussey, from Dublin, Ireland, and moved to Indiana, and Ma was raised there. Susan Gholson McBeath was sister to Ma's mother and cousin, of course, to your grandmother. Sam Gholson was very wild and did a great many naughty things and Ma says every time she asks the early settlers here about them, they tell her about Sam.

They seem to remember him better than the rest. Ma says if she could see you she could trace out a little of all of Anthony's children, but can't write it this time. He wrote a very fine hand. John Gholson, Ma's grandfather, was out hunting in the woods of Virginia, met a party of girls that had gotten lost in the woods. He took them home and one of them was his wife, a case of love at first sight.

She says they were very elegant people and wouldn't work, but loved to hunt. I am disgusted with them for not marking Anthony's grave. Julia Hayden Buster's mother died and left two children and Anthony Gholson her father took them to his house and kept them till they were grown. That was Julia Hayden and Anthony Hayden. Jim Buster's son from South Carolina called here yesterday. He was summoned here to see his mother, who is very ill. Ma says he looks quite a good deal like his father.

I am very much interested in the Gholson family. The more I know of them, the more I want to know. I want you or Mr. Edwin Gholson one to write me all you know about them.


I am fond of tracing families. One of my cousins and I sent to Dublin and had my grandfather Hussey's family traced out. We are coming to Paris, Kentucky, in the spring to look after my sister Emerine's grave. Will call on you then. Ma loved your mother so much.

She is very anxious to see more of you. We will go south this winter and move to our city home in the spring. I suppose you know that Anthony Gholson was the first trustee this town ever had. Will see Mollie Perry and find the address of Hannah Buster if she knows it. Ada H. The Hardins were of Huguenot origin. Martin, the first, had a son Captain John, who married Lydia Waters. His son, Martin, married Elizabeth Strawbridge.

Disciplined Individuals by State - CFP Board

They had a son, James, who married Mary, daughter of Timothy Burgess. They lived in Lincoln County, Kentucky. Martin D. Hardin was born in and came to Wayne County as a very young man. She died and he married in , her sister, Martha Ann, who lived only a short time. He married Emily Worsham in The Worshams were one of the earliest families in the settlement of Virginia.

George was Justice of the Peace in Henrico County in He had a son, Captain George, who was Justice of the Peace in He died in He had married Mary Pigott. They had sons, Joseph, Richard, and Charles. The immigrant ancestor was known as William Pride. The Lanier family was of French origin. Sidney Lanier, the poet, who belonged to the same family as the Wayne Laniers, found that a single family of that name lived in France.

They first went to England where they were musicians and artists. Jerome Lanier, son of Nicholas, was a celebrated musician. Sir John Lanier was knighted. They became prosperous planters. One branch joined the pioneers who went up through Tennessee into Kentucky and on to Indiana.

Lanier, who built the beautiful Lanier House at Madison, Indiana, was of the same branch. Sidney's family went to Rockingham, North Carolina. His grand- father, Sterling Lanier, was descended from Thomas, who settled in Virginia early in From them have come some of the finest citizens of Wayne, Boyle, and other localities. He got a pilot's license when he was older and ran on a palatial Mississippi River packet. He became an expert and finally received a Master's license, thus realizing his boyish ambition.

Lanier's wife, owned a farm of twelve hundred acres at Mill Springs, and Mr. Lanier told his brother-in-law, Mr. Brown, if ever he wanted to sell the place, write to him, as he and wife were moving to Nashville, Tennessee. In Lanier bought this farm, and he with his family of four sons and three daughters and wife moved up the Cumberland from Nashville and took possession of this wonderful farm. The farm residence was a large and beautiful two-story frame building having nine rooms and kitchen, with long double porches, fronting south and west.

These porches had red cedar floors, and while not matched, were hand planed and accurately jointed, and only a few years ago, his son, T.

edybelouten.tk Lanier, who then owned his part of this farm, remodeled the old home and in taking up the old cedar porch flooring, found the boards as sound as when lain in the early sixties, and being reworked these same cedar boards were used in the remodeling. In passing through what was then known as the parlor room, it smashed an ink well resting on an old marble-top table, and ink was smeared and splotched on the ceiling, and L.


Lanier would never in his lifetime allow it to be calcimined over. After demolishing the ink well the shell went through a hall door that stood half ajar. The door was preserved until , when a son, R. Lanier, went into business in Monticello, Kentucky, and placed it in his show window that tourists might see it and read its inscription. A fire in wiped out a block on Main Street and R. Lanier's place of business went up in smoke, as did that much loved relic.

Lanier took over the Mill Springs farm, there was a store, a mill, and several tenant houses thereon, and a post office was in the old store, and the old water mill was operating, however, it did not belong to the farm; also a carding factory and a cotton gin, both belonging to a neighbor, Mr.

A short while after Mr. Lanier came into possession of the farm, he bought the old mill and the two factories. The old mill was operated just as it was in until '11when it and the two factories were razed and on the factory site Mr. Lanier erected a forty by forty three-story, twenty-foot basement modern building in which went the machinery to equip a first-class flouring mill.

The framing timber for this job was cut and hewn several miles above Burnside on the Cumberland and was of white oak and yellow poplar and all hewn to sixteen inches square. It was rafted and floated to Mill Springs and went into this building in The grinding was done on two sets of burrs dressed for wheat, and one set for corn. The water wheel was twenty-eight feet in diameter with three feet breast. Before the death of L. 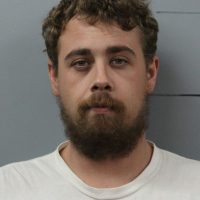 In , a son, R. Lanier, and a son-in-law, Dr. Jones, bought the plant, operating it as it was until ' Jones sold an interest to I. Ruffner, who had been head miller for several years, and the new firm of J.

The property was sold a few years later to Bolan E. They made a lot of improvements, adding a 'sifter' which took the place of the long bolting reels, and made the 'purifier' useless. They took out the old twenty- eight-foot wooden water wheel installing a forty-foot steel wheel which was a great gain in power, and this wheel is said to be the next largest water wheel in America. Lanier, son of B. Lanier and Nancy Lanier, his wife, was born May 27, Isaac E. Lanier and Nancy Lanier, his wife, was born November 17, Lloyd Addison Lanier, son of B.